In late March, I took a week off from work.  The first day, I went to see a waterfall along the Mulberry River.  It’s one of those only showy during the rainy season, and the week before, we had substantial rainfall; unfortunate for those on spring break, but a nice set up for waterfall hunters.  🙂  Three years ago, my friends Mike Leonard (www.michaelleonardphotography.org) and Jim Anderson showed this particular waterfall to us, and Gayle and I were fortunate to sell some prints from this location.

So, I drove there again this year.  Here’s what I found.

To get to this spot requires a climb of about 150 feet up the side of the steep hill.  I think it’s worth the effort.  After a series of photos at this spot, I moved to the other side, and further up the hill:

What I didn’t notice in this image were the white wildflowers at the lower left.  My excuse is that I was concentrating on the waterfall and on not falling!  It was steep and slippery…

So, recently, Mike Leonard was printing this photo for a display at Bedford’s, and pointed out the flowers to me.  I looked them up in Audubon’s Guide to North American Wildflowers on my iPhone.  They are “Eastern Shootingstar.”  I’d never taken a photo of them.  But – they bloom from April to June, so a few days ago, I went back to see if they had bloomed again.

Back up the hill.  This time, the waterfall was only a trickle.  No shootingstars bloomed.  Not surprised, but I was disappointed.  However, the spiderworts were in full bloom and everywhere!  🙂 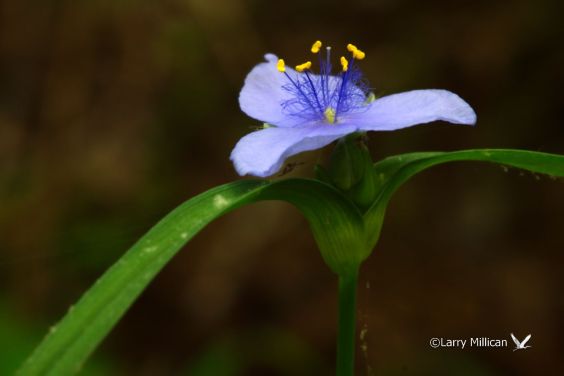 Spiderworts have long been a favorite of mine, and I seldom pass on an opportunity to photograph them.  After this photograph, and others, I headed back down the hill, then the short walk back to where I had parked.  Beside the road, so close that my tripod was partially in the road, was this little flower. 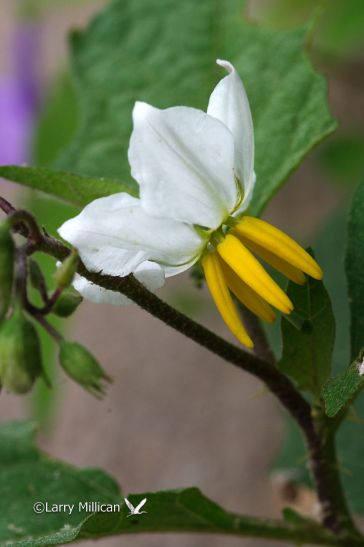 Looks to me like a freshly bloomed Eastern Shootingstar!  There was only one bloom, but to the left are several buds.  I didn’t see any others in the area, nor during the walk back to the car.  So… my biggest disappointment that morning was that the enemy Time passed far too quickly.  🙂